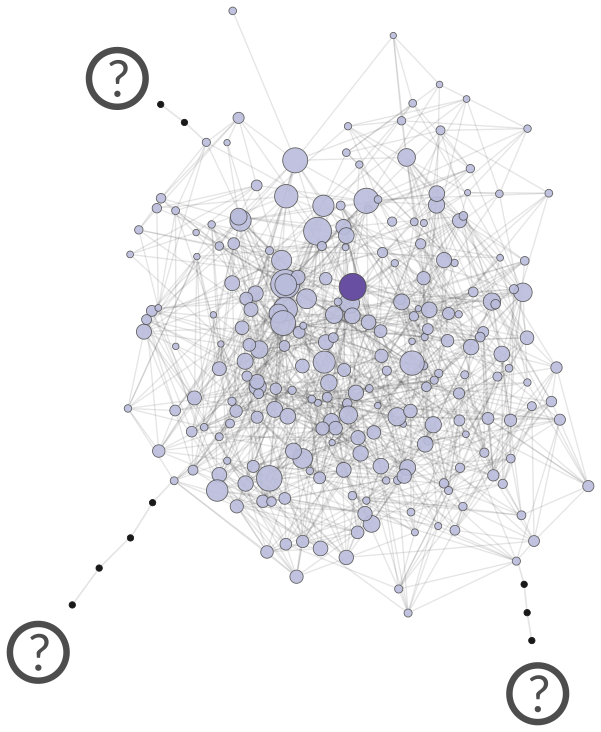 Although we have recently made a hire in this area, we continue to look for strong junior scientists to work on this and related projects.

There is a lot more sequence data than in the early 2000’s, but inferential algorithms for Bayesian phylogenetic inference haven’t changed much since that time. There have definitely been advances, such as more clever proposal distributions, swapping out heated chains, and GPU-enabled likelihood calculations, but the core remains the same: propose a new state via a small branch length and/or tree structure perturbation, and accept or reject according to the Metropolis choice. Furthermore, the community has packed more and more complexity into priors and models, which would lead to a computational bottleneck even with a fixed number of sequences.

It’s time to improve inferential algorithms. Part of my inspiration lies in watching the revolution that has occurred in computational statistics in the last decade, in which the menu has greatly expanded beyond MCMC to include sequential Monte Carlo (SMC), Hamiltonian Monte Carlo (HMC), and variational inference, to name a few. These algorithms are making qualitative improvements in the scale of data that can be incorporated into analysis, and come from new mathematical foundations with provable statistical properties. The other part of the inspiration, well, just comes from being annoyed that we have this fairly hard limit of 1,000 sequences for Bayesian phylogenetic inference. So, Vladimir Minin and I teamed up on a successful grant application to develop new inferential methods.

We thus have an open postdoc position to work on fundamentally new methods for phylogenetic inference. If you join us, you’ll be able to work with a truly marvelous team. Vladimir is an excellent collaborator with a deep knowledge of phylogenetics and statistics. Arman Bilge, with whom Vu and I are already developing phylogenetic HMC, is joining us for his PhD. Chris Whidden is a world expert in the discrete structure of tree space. Vu Dinh is greatly expanding our knowledge of the phylogenetic likelihood function and is using that knowledge to develop new inferential methods.

To round out this team, we need someone with serious programming chops who is motivated to build new mathematically-founded methods. We really want to make a difference for end users of phylogenetics, so we can’t only be proving theorems. The focus will be on building solid prototype implementations and then working with the very clever RevBayes and BEAST2 developers for more general distribution. We’ll also be collaborating with Aaron Darling’s group on online phylogenetic SMC. [Doesn’t that sound fun? It does to me.]

The position will come with a competitive postdoc-level salary with great benefits for two years, with possibility of extension. Fred Hutchinson Cancer Research Center, home of about 190 faculty including three Nobel laureates, is an independent, nonprofit research institution dedicated to the development and advancement of biomedical research. The environment is lively yet casual, with a strong emphasis on collaborative work. The Center is housed in a lovely campus next to Lake Union a short walk from downtown, and a slightly longer walk from the University of Washington. Powerful computing resources and a helpful IT staff await.

If you are interested in this position, please send Erick some representative publications, code samples, and a CV.